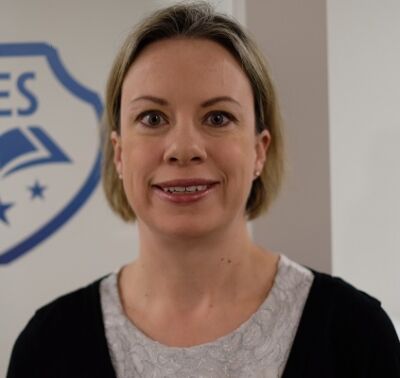 Aniela Szymanski is is the Senior Director for Legal Affairs and Military Policy. Prior to joining Veterans Education Success, Aniela was the Director of Government Relations for Veterans Benefits and Guard and Reserve issues at Military Officers Association of America where she worked on a variety of military and veteran-related legislative and policy matters including those related to the GI Bill.

Prior to her time at Military Officers Association of America, Aniela was a visiting professor of practice and supervising attorney at the College of William & Mary School of Law’s Veterans Benefits Clinic. She taught a veterans law course and supervised students working in a legal clinic representing veterans in claims for benefits from the Department of Veterans Affairs, as well as veterans seeking discharge upgrades from boards for correction within the Department of Defense. She has also served as an adjunct professor at William & Mary School of Law and the University of the District of Columbia School of Law. Aniela has also worked as an appellate attorney at a mid-size law firm and clerked at the U.S. Court of Appeals for Veterans Claims.

In addition to working at Veterans Education Success, Aniela is currently a reserve officer of the U.S. Marine Corps where she serves as a judge advocate and civil affairs officer. In 2011, she participated in Operation Enduring Freedom in Helmand Province, Afghanistan, as a civil affairs team leader where she worked with the Government of the Islamic Republic of Afghanistan, the British District Stabilisation Team, and U.S. ground forces to transition governance and build local economic capacity. Her other assignments between active duty and the reserves have included legal assistance attorney, deputy staff judge advocate, staff judge advocate, legal officer at Marine Corps Embassy Security Group, as well as civil and administrative law attorney.